You can now buy $10,000 'human skin' heels that make you look barefoot in public

You can now buy $10,000 'human skin' heels that make you look barefoot in public 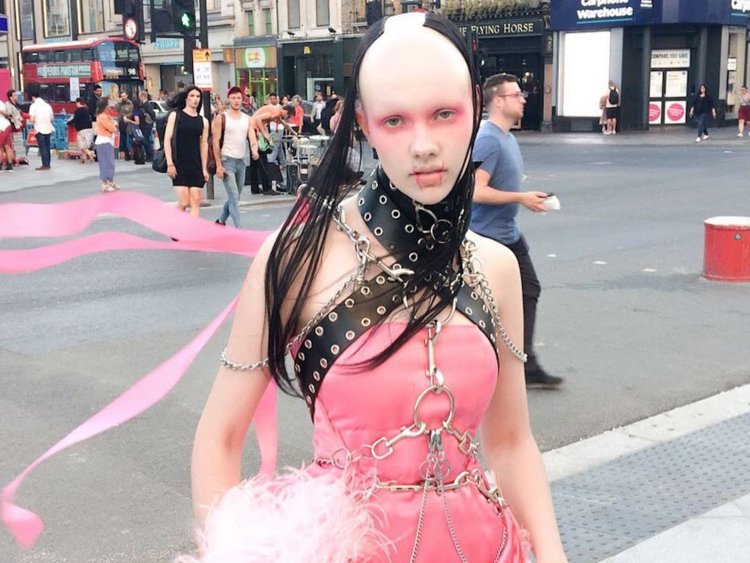 Fashion duo Hannah Rose Dalton and Steven Raj Bhaskaran of Montreal-based Fecal Matter are known for their outlandish and otherworldly visuals of aliens on the streets.

One of their most contentious looks was a digitally altered pair of foot-like shoes that were featured on Vogue magazine. In reality, the heels were prosthetics that were "petrified" into an en pointe position using Photoshop.

It was all a tall Instagram lie, until it was not.

The shoes are a physical incarnation of what Fecal Matter believes humans might look like as a result of social media ideals and body modification.

Before you dream of finally being able to walk barefoot in public without dirtying your soles, you might want to consider that a pair of these "Skin Heels" will cost you an arm and a leg — they warrant a price of $10,000.

The duo is planning to make a cheaper and more accessible version of these heels, though, just in case you'd like to toe the line of fashion standards too. "We're thinking pumps," said Bhaskaran.